How to Design for Translation

Oftentimes websites and graphics are designed without keeping in mind how they would eventually be translated into various different languages later. Designers must remember best practices on how to design for translation; otherwise many carefully designed materials have to be extensively reworked in order to translate properly, or website localization projects get overly complicated.

IVANNOVATION knows how important it is to localize content for reaching wider audiences, so we have interviewed several graphic design experts to share their insights on how to best design items that will be translated later. 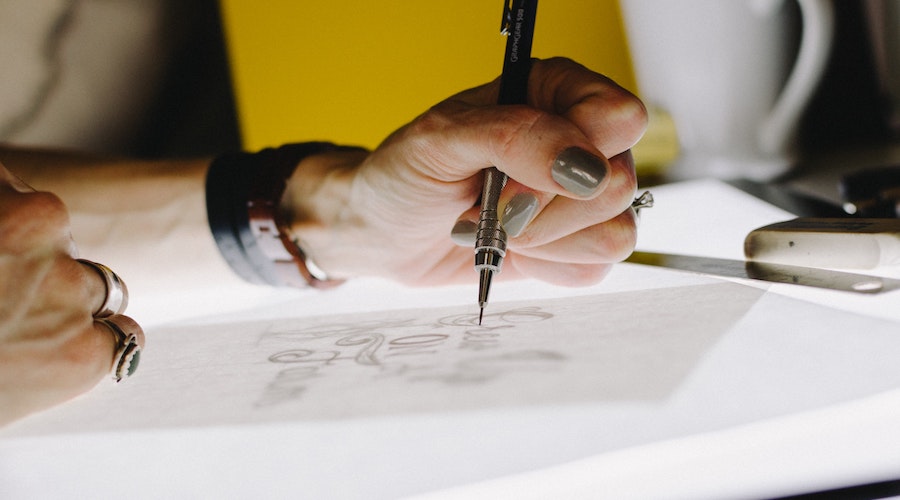 An effective design also allows someone to create a translated version of it with ease later on. “Our core strength lies in innovative communication, strategic design, branding and packaging. We practice process driven design that is relevant, relatable and real.”

In the last 15 years we have worked with companies from all over the world. Translation does become a challenge as often language is not about direct translation.

Communication is often about a feeling and a lot of culture comes into play too. The culture of one country might not have the same meaning for a particular situation as another. Overall, I feel the biggest difficulty lies in communicating the emotion and making sure that the translation is effective and not literal.

What are your tips for designing materials that will be translated into other languages?

Keeping it as simple and clear as possible – A lot of visual icons and points in bullets helps in clean, minimal communication. When you have a pictorial icon or some infographics it becomes language agnostic which helps in identifying with the messaging too.

I would definitely add infographics, keep the communication not relevant to any one country, culture, or religion and make sure it is very simple messaging.

When material is being designed and going to be translated it is also important to keep it relevant and straight forward in design, as often the reading can be flipped from left to right instead of right to left, so keeping everything simple and easy to move around without much change is a must; symmetrical design usually helps in this situation. 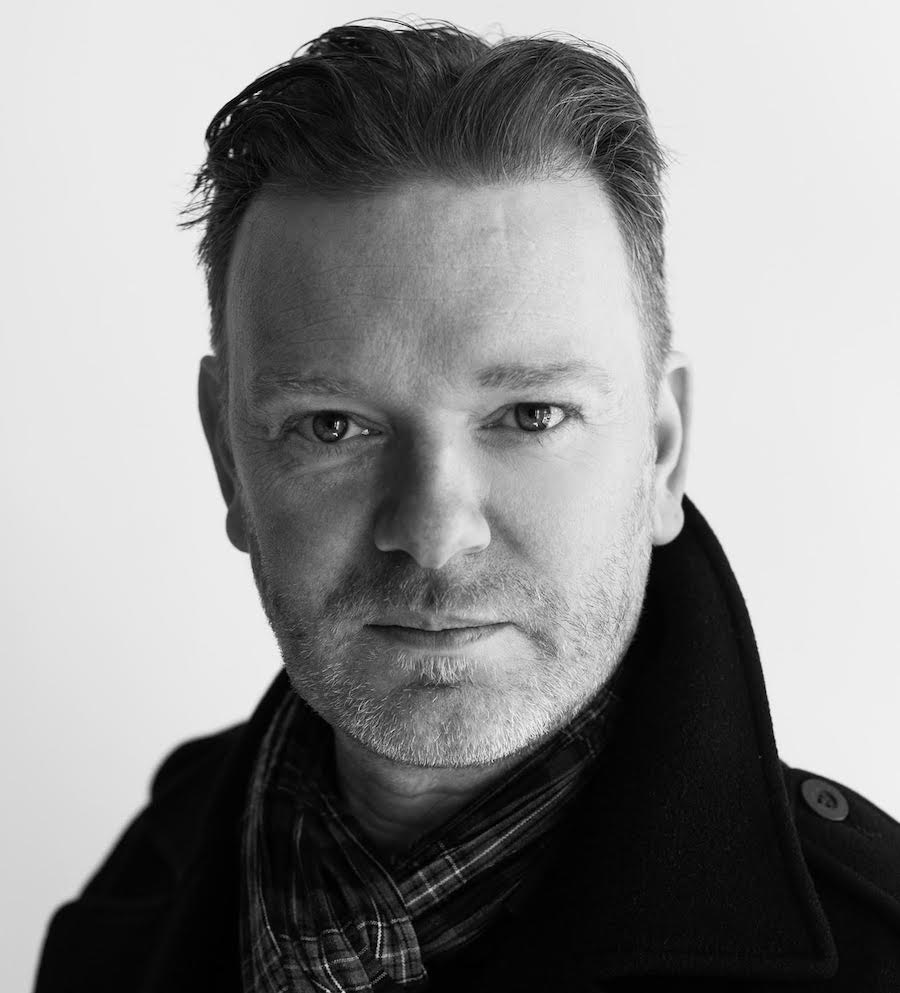 “With our firm belief in the importance of bespoke design solutions, we’ve been working with our clients to communicate their messages, define their identities and build their brands since the turn of the millennium.”

One of the most significant issues, when it comes to designing for multiple languages, is that some languages take up a lot more space than others. For example, English tends to be much more economical with space than a lot of other languages. According to an IBM study, translations from English to some other European languages can be as much as twice or even three times as long as the English text, with German and Italian being the biggest culprits. This rate tends to decrease as texts get longer but with publications or websites that are comprised of many small chunks of shorter texts the run-on can be pretty significant.

Another major consideration is the choice of typefaces. I dread to think how many fonts I have to choose from that can perfectly convey the right look and feel in English, or some other Latin-based language, but once we switch to a non-Latin language, such as Arabic or Japanese, it can be difficult to find a font that conveys the same tone of voice as the English version. Other factors we have to bear in mind are hyphenations and line lengths. Some languages combine words into compound nouns that can be difficult to hyphenate and can be particularly difficult to handle in narrow text columns. At 80 characters, the longest ever German word would be an absolute nightmare to deal with. So much so that I daren’t write it here in case it has some kind of catastrophic effect on the layout of this blog you’re reading. Some languages have very tall ascenders and deep descenders (the bits of characters that extend upwards and the bits that drop down below the baseline), which can require a dramatic increase in the space between the lines. Thai is a good example of this, as is Burmese. Individual characters in these languages can be two or three times as tall as they are wide; sometimes extending upwards and sometimes dipping far below the baseline. This can have a dramatic effect on the amount of space needed for Thai and Burmese translations.

Learn how to save money and improve quality on translation projects with our free Save Money on Translation Email Mini-Course.
Take the Course What are your tips for designing materials that will be translated into other languages?

The most important tip when designing for multiple languages is to plan ahead. If we’re designing for a digital platform, such as a website or other screen-based document, there’s often a chance for the available space to lengthen or shorten to accommodate each version, but when it comes to designing for print, all bets are off. Translations for print, such as different language versions of books, have to be planned very carefully so that the longest language version doesn’t look like it was crammed into the pages with [a font size] that’s too small to read. Production techniques also have to be considered when designing for print. If the text appears in black ink only, then it’s relatively cost effective to change just one print plate for the translation, but if there’s text that appears in white, reversed out of a full colour image, the entire set of process ink printers plates would have to be changed for the translated version. Luckily, digital printing that can be achieved without the need for expensive printing plates, comes to the rescue, but the quality of digital printing is still nowhere near as good as offset litho. At least not yet. 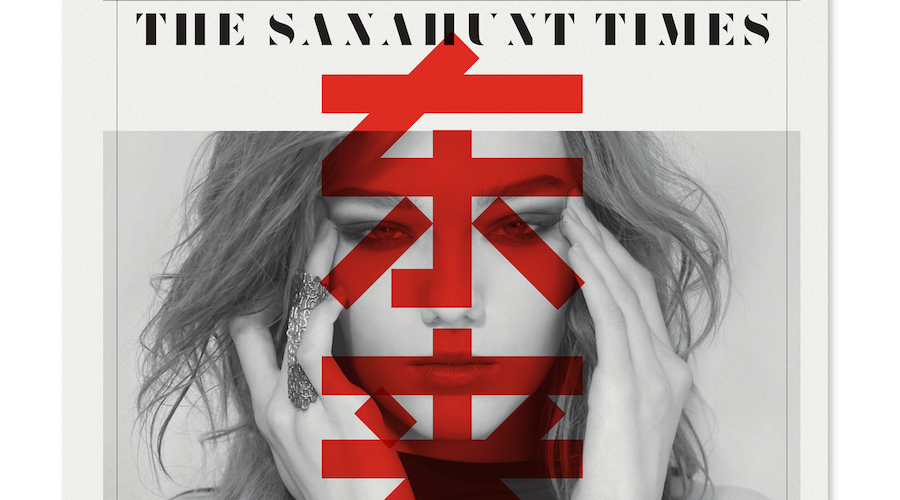 Plan ahead. Never assume. Do your homework. Look for fonts that convey a similar look and feel across all the languages you’re dealing with, especially when shifting from a Latin-based language to a character-based language. If you’re dealing with a lot of languages, keep the design simple – things can get out of hand extremely quickly. And get a good copy editor who’s fluent in each language. Treat them well. They’ll save your reputation and maybe even your life.

Time to stop worrying about all the details. Let our project managers get you beautiful materials translated into the languages you choose.
Let's Talk About It “We are a creative design studio working with socially minded organizations and businesses.”

There are a number of factors to consider when designing to accommodate translation. Layouts and space need to be flexible. Translated text varies in length from one language to the next. For example, French will usually occupy about 10-20% more space than the translated English text. If a design is already jam-packed in English, chances are it’s not going to work well in the French version.

Font selection can also be a bit more limited. Many fonts are not available across different alphabets and character sets – this needs to be considered when selecting a font or pairing fonts. Certain special characters/accents that are needed for translated materials might not exist in a certain font and, in some cases, may even need to be manually drawn in.

Also, it’s important that someone with knowledge of the language and its grammar is designing or reviewing the material. Design can influence comprehension. A misplaced line-break or inappropriate hyphenation or punctuation can easily go unnoticed if default settings solely relied on.

IVANNOVATION can give you the quality translation you need to make your content shine in any language. Learn more about our translation services here.

What are your tips for how to design for translation?

Ideally, create your design around the language that will occupy the most amount of space. If you start with the most concise language (space-/length-wise) and create a dense design, chances are you will not be able to accommodate translated versions without a more major overhaul of the design.

When pairing different alphabets or characters together, if you don’t have first-hand knowledge of all the translated languages, have someone who does review your font selection. For example, if you select a contemporary sans-serif font in a Roman alphabet and the project is then going to be translated to Chinese, you want to be sure that the right font set of Chinese characters (simplified or traditional) is used to support the same aesthetic quality and intention.

Like the Article on How to Design for Translation?