What You Need to Know About Spanish Business Culture

With over 300 million native Spanish speakers, Spanish is the second most-spoken first language in the world. The first most spoken, as you may know, is Chinese at approximately 1.2 billion native speakers. Doing business in Spain? It is important to know how to speak Spanish to market to your target audience properly, as well as understand the Spanish business culture. Spain has a population of over 47 million people, with the Mediterranean Sea on the southern side, and the Atlantic Ocean on the western side of the country. Neighboring countries such as France, Portugal, and the north of Africa, make Spain a perfect location for interacting with the world. Spain’s main cities include Barcelona, Madrid, Seville, and Valencia. Over 72% of the population speaks Spanish. Written exactly as pronounced, this makes it easy to learn. If you are a native English speaker, you will see that both languages share a lot of the same vocabulary, with words coming from Latin and Arabic. The other regional languages spoken in Spain are Basque, Catalan, Galician, and Valencian.
Peoples’ names and names of places are capitalized in Spanish. As well as names of government entities and company names. Words not capitalized are languages, nationalities, months of the year, and days of the week.

A popular cultural tradition in Spain is “la siesta.”  This is a time where people go home for lunch and a nap. Lunch typically does not begin before 1:30 PM. Outside of the major cities, shops are usually closed between 2 PM and 5 PM. Although metropolitan cities such as Barcelona and Madrid now have a similar full working day like in the United States, “siestas” are still quite common in smaller towns. The average full-time schedule in the Spanish work week is a little over 40 hours, from 9 AM to as late as 8 PM. This is because of their long lunch breaks from 2 – 4 PM or even as late as 5 PM. Larger companies in Spain will have a schedule like those here in the U.S. from 9 AM – 5 PM/6 PM with an average one-hour lunch break.

First time doing business in Spain? In a non-business setting, it is acceptable to use physical contact during a conversation with a Spaniard. Unlike in the United States, this is not considered an invasion of personal space. It is common in Spain, for those of the opposite sex, to greet each other with an “air kiss” on both cheeks, like the French. Men, who are friends, will greet each other by patting each other on the back while shaking hands or by hugging. But this is not appropriate in Spanish business culture unless you are very familiar with the person or group. If the Spanish person initiates the double kiss, then go for it! But offer a handshake first if you are not sure. Also, use “Señor” and “Señora” when greeting men and women respectively, as you would use “Mr.” or “Mrs.”

Spanish business culture is more laid back than in the United States. They do not worry much about punctuality, but you should still try to be on time to meetings. Initial meetings are mostly for getting to know each other better on a personal level. Spanish people like to get to know what kind of person you are first and whether you are dependable and sincere. Before moving forward with any business relationship, they need to know that you are trustworthy. Also, print out any materials you need in both English and Spanish because not all business people in Spain speak English. Business cards are also popular, so print your info in Spanish on one side of your card. 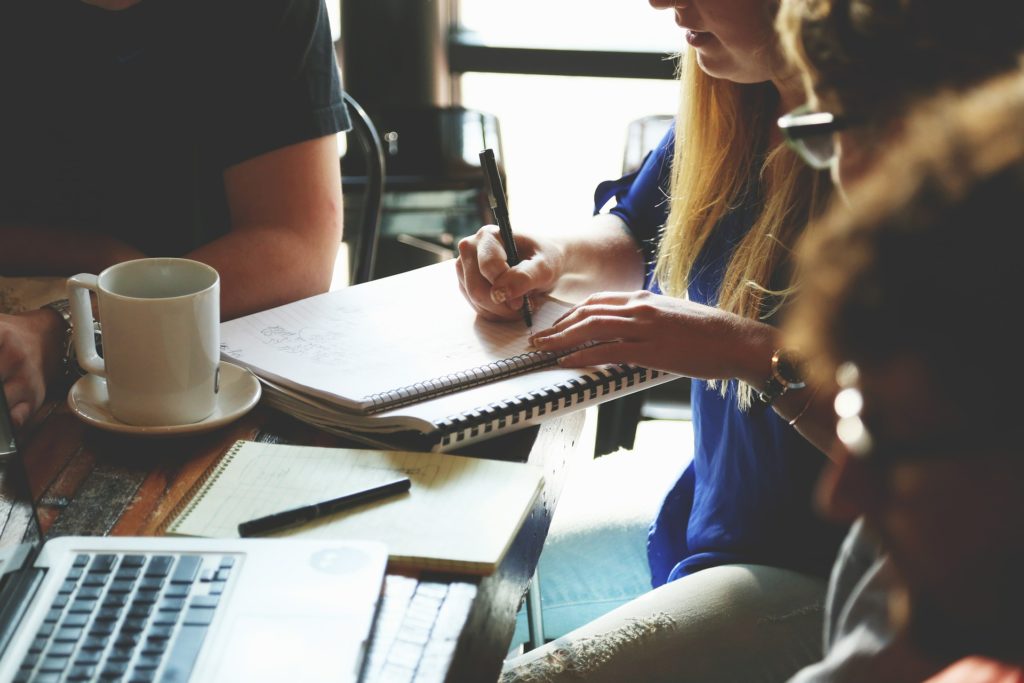 Co-workers in the Workplace

As in the Eiffel Tower hierarchy of the French, meetings are mostly to discuss ideas and deliver directions to subordinates. The senior management does the decision-making and reaches agreements amongst themselves as well. Bosses are known as “el jefe” or “el padron.”  An unassertive employee is more esteemed than an assertive one. Employees are expected to follow instructions, obey authority, and resolve work issues themselves to keep senior management from having to step in.

Avoid having business meetings over lunch, since it tends to be a time for the Spanish to relax, not make business deals. In Spanish business culture, meetings are held almost exclusively in the office. Deals made are later celebrated at a restaurant. Spanish people tend to not follow a specific schedule of things to be discussed in meetings. Any arrangements or agreements made are open-ended and subject to change. Therefore, be persistent to make sure that deals made on their end are met.
Spanish people prefer to stay clear of being embarrassed and do not like to receive any type of disapproval. This is something they share with Asian countries. Do everything you must do to keep yourself and others from “losing face.” The Spanish like to seem capable and in command, always, so they will claim that all is perfectly fine as a “face-saving” strategy.
When it comes to working with Spaniards from different regions of the country, be sensitive to those regional differences. Avoid confusing a Spaniard from one region like Basque for a Catalonian. This is considered an insult. Do not brag about your business success or your professional experiences. This may come across as pretentious to the Spanish. Avoid talking about sensitive topics such as homosexuality, personal details, religion, the Spanish Civil War, or the Franco regime among other subjects like bullfighting, feminism or machismo.

Looking to export your U.S. business to Spain? Consider the following sectors to invest in:

Spain has a strong hierarchy system and a bureaucratic workplace culture, but this is changing thanks to an increasing amount of new, young managers who have received an education abroad. Despite the not so great economy. Spain is still a great place to invest, especially if you are marketing your product solely online. Still interested in doing business in Spain? Research your target market first and make sure to properly translate your marketing materials into Spanish.

Gisel Olivares, Content Editor + Creator + Curator. Her online business, GeeOlives, provides social media management, copywriting and editing, web customization and development, and graphic design, among other related services to small businesses, nonprofits, and sustainable brands. I have a love for languages, traveling, social media, and writing. I am fluent in English and Spanish, and still working on perfecting my French while living in France for almost three years.