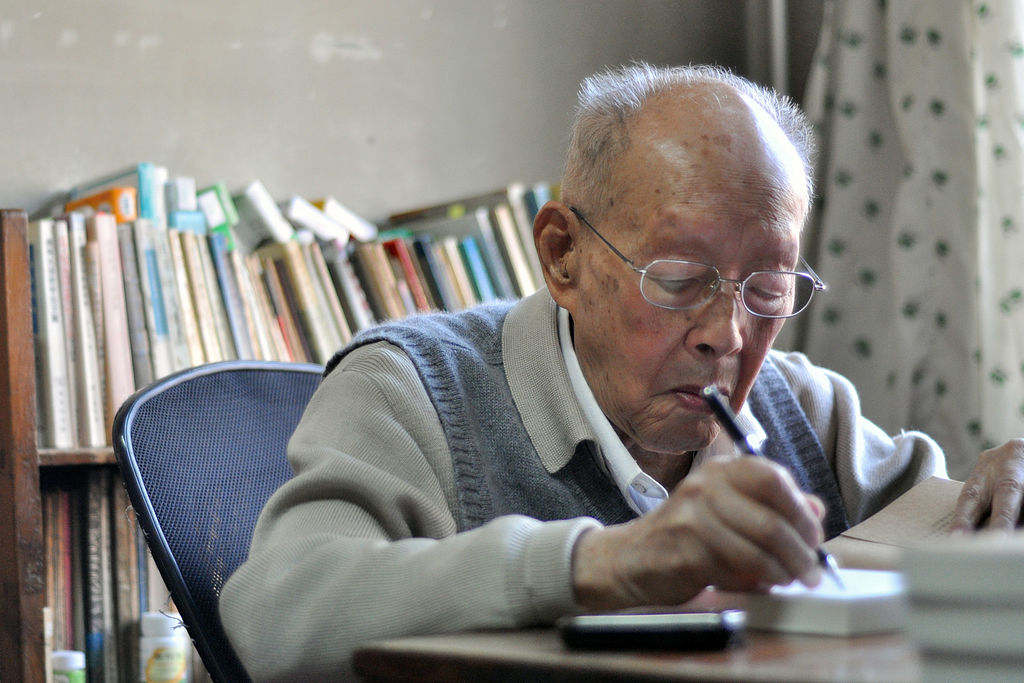 Zhou Youguang, the Father of Pinyin, Dies at Age 111

His creation, Pinyin, has become the most common romanization system for Chinese characters around the world.

Chinese characters are non-phonetic. Therefore, a Chinese reader can only take a guess at the pronunciation of a character he or she has never seen before. Thus, Pinyin acts as a pronunciation guide for Chinese.

It has become indispensable in modern times.

The Early Life of Zhou Youguang, the Father of Pinyin

Zhou Youguang was born in Jiangsu province on January 13th, 1906, to an official in the Qing dynasty.
His family’s poverty nearly held him back from advanced studies. But friends and family gathered money for his education, allowing him to continue. The former residence of Zhou Youguang in Changzhou, Jiangsu

He studied economics at St. John’s University, Shanghai. On the side, he took a few linguistics electives because he had an interest in languages.

In 1933 he moved to Japan to continue studying. However, he returned to China in 1937 at the start of the Sino-Japanese war. Zhou Youguang and his wife, Zhang Yunhe in 1938.

Upon his return, he worked for a short time at Sin Hua Bank in Shanghai. This is where he met Zhou Enlai, who later became a leader of China under Mao Zedong.

After the end of the war, Sin Hua Bank sent him to work in New York City and then London.

Back to New China

He said about that move, “We all thought that China had a very good opportunity to develop; we didn’t expect the later turmoil. History misled us.”

Back in China again, he taught economics at Fudan University in Shanghai. However, his future would not include becoming a famous economist. Zhou Youguang, the Father of Pinyin, in 1947

The Birth of Pinyin

At this time, the new Chinese government was considering the need for language reforms. One of those reforms was creating a new romanization system.

The Wade-Giles system was another romanization system already widely in use. This system may be familiar to readers for its alternative spellings for cities such as Beijing, Nanjing, Fuzhou, and Qingdao. (Wade-Giles spells them Peking, Nanking, Foochow, and Tsingtao respectively.) However, this system was ungainly and did not always accurately convey true Chinese pronunciation.

Now a major player in the Chinese government, Zhou Enlai, remembered his old friend Zhou Youguang, whom he had met in Shanghai years before. He recalled that Zhou Youguang had an avocational passion for languages. So he called him to Beijing to lead the committee that was to produce a new romanization system. Zhou Youguang resisted, saying that linguistics was only his hobby, but Zhou Enlai told him, “Everyone is an amateur.”

Unable to refuse the number two leader in China, he moved to Beijing where he began a three-year effort that resulted in the invention of Pinyin.

It turned out that this job change was good for him and protected him from Mao’s fury against intellectuals.

Zhou Youguang said, “Mao disliked greatly the economists — especially economic professors from America. By that time, I had shifted to the line of language and writing. I was not considered a rightist. Very lucky. If I had remained in Shanghai teaching economics, I think I certainly could have been imprisoned for 20 years. A good friend of mine was imprisoned and committed suicide.”

However, even his contribution to the history of Chinese linguistics could not protect him from the ravages of the Cultural Revolution. In 1969, the government sent him to work in a labor camp, where he toiled in rice paddies for two years.

After 1980 he continued his scholarly pursuits. After he translated the Encyclopedia Britannica with two other scholars, he gained the moniker “Encyclopedia Zhou”.

Youguang also wrote a book called, The Historical Evolution of Chinese Languages and Scripts, whose English translation still sells in the United States.

He started a blog on Sina (Zhou’s blog in Chinese) and continued blogging until he was 105 years old. One of the most recent articles on Zhou Youguang’s blog

He also wrote more than 40 books, several of which are banned in China for being critical of the government.

It was probably this free spirit and independent thought, which held Zhou Youguang, the Father of Pinyin, back from widespread fame in his homeland. The government could not allow him to challenge the communist status quo. Nor would it really do to have a supercentenarian, and a legendary figure at that, arrested. The best it could do was make sure that the media ignored him.

Regardless of how well known this 111-year-old man is, he truly made a major change to the language that has the most native speakers of any language.

His contribution to the history and culture of China deserves recognition from historians, linguists, and language learners everywhere.