Translating English to Spanish is one of the most common and important translation activities in the Americas and around the world. With over 450 million native Spanish speakers on the planet and just short of 180 million people speaking it as a foreign language, Spanish ranks as the second most used language on the planet after Mandarin.

It is also the official language for 22 countries and comes in a wide variety of accents and dialects. With English being the language of global communication (Did you know that it’s the number one language of the web?), it’s only natural that English to Spanish translation is one of the most requested services in the translation industry.

Get a Free Translation Tool

Get your own copy of our tool—the Free Google Sheets Translation Template—to translate English to Spanish and dozens of other languages.

Get Your Free Tool Now! 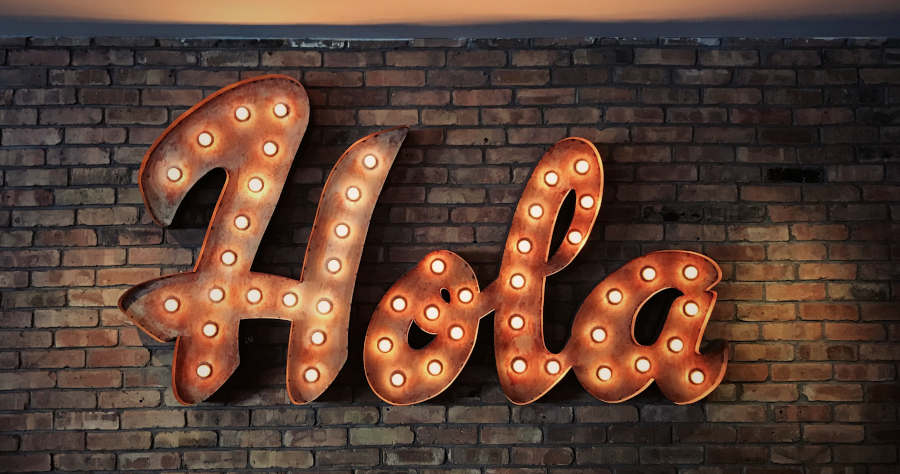 Translating English to Spanish and vice versa are some of the most common language tasks that translation firms face.

The reasons why someone might decide to translate their documents can be varied. From a marketing perspective, for example, as business owners realize that the most successful marketing strategies involve the creation and distribution of impactful content, the appropriate localization of such content into other languages is the next logical step if they are looking to reach global markets.

From a cultural perspective, to name another scenario, multicultural teams have become the norm within many workplaces, which calls for English to Spanish translators in order to make information accessible to all.

Whatever the reasons motivating someone to hire translation services, English to Spanish translation, in particular, makes it necessary to consider the 5 key tips outlined below:

Tips for Translation from English to Spanish

Need to Translate English to Spanish (or vice versa)?

Click the button below to get a free quote today.
Get a Free Translation Quote

1. Understand and Adapt to Cultural Differences

A common example is the difference in directness between Spanish-speaking communities and English speaking-communities. Following anthropologist Edward Hall’s theory, some cultures prefer more direct messages and a great deal of explicit information defined in the text rather than subtle or implicit cues. This is the case of “low-context” or explicit cultures, such as the United States.

Translation from English to Spanish should not neglect the element of culture. Translation is not merely code conversion.

By contrast, other cultures—like those where Roman languages are spoken—communicate a lot more between the lines. When you are translating between English and Spanish, therefore, cultural differences such as this one need to be taken into account . . . if you want to produce culturally appropriate translations, that is.

Otherwise, you may risk the target audience perceiving the tone of the translated text in a way that’s different to what you intended. If the target audience are Spanish speakers, for example, and the translation is too literal and does not lower the directness level of the source language (English), they may perceive the tone of the text as too condescending or patronizing. 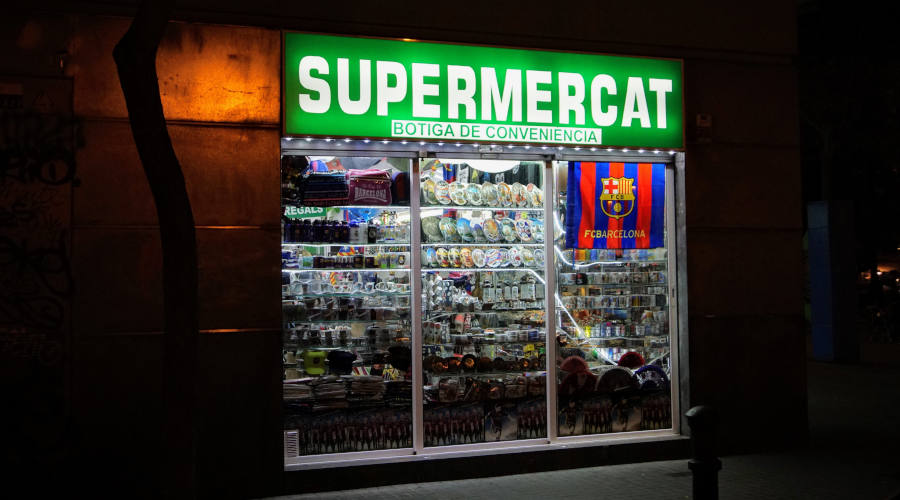 A convenience store with a Barcelona flag hanging in the window.

2. Anticipate that Spanish is Longer than English

English has a higher grammatical density than Spanish, which means that a lot more information is condensed in fewer syllables when you compare it to Spanish. This, in turn, means that you need about 25 % more space in Spanish to transmit the same message originally written in English.

For example, a 500-word text written in English will probably end up being about 630 words in Spanish.

This is important for a few reasons, but the biggest is design and character limitation. On your website or app, for example, you will likely need to allow more characters and space for headers, call-to-action buttons, etc. if you want them translated into Spanish. Otherwise, they might not fit.

Read how to do it here: 5 Steps of Website Localization

The most direct implication of this length and density difference between English and Spanish is that localization should be part of the product design rather than an afterthought. In other words, anticipating this issue will save website and app owners time and money compared to having to fix the layout at the time of uploading the translated text to the final user interface.

The Edificio Metrópolis in Madrid, Spain.

3. Beware of the Ambiguity that Language-Specific Grammatical Features Can Cause

In Spanish, therefore, you can say “cocino” (I cook) instead of “yo cocino”, because the conjugated verb “cocino” encodes the subject.

Beware of ambiguity when translating from Spanish to English.

From this, you can probably anticipate how big an issue this is when you use machine translation output that hasn’t been edited by a human translator: how do you know the machine got the subject right?

4. When You Translate English to Spanish, Decide on the Use of Spanish Gendered Words

Spanish nouns have genders, an unfamiliar concept to many native English speakers. In English, a “book” is perceived as neither masculine nor feminine. In Spanish, nouns are gendered and there is an indicating article (“el” or “la”) to reflect this. “Book,” for example, is “el libro” (masculine) whereas library is “la biblioteca” (feminine).

When it comes to naming an individual animate noun whose gender we do not know, the unmarked (or “default”) gender in Spanish is the masculine (interpreted as including male and female). Spanish distinguishes words by gender. An English to Spanish translator must decide how to use gender in the translation.

“The user,” therefore, will likely be translated as “el usuario” (masculine form) but will mean all users whether male or female. While this has been the case for many centuries, a lot of brands have started avoiding gendered words whenever possible to come across as inclusive of all gender identities and sexes.

There is no consensus about this practice and it’s a matter that usually raises controversy, but it is important to mention it because several reputable institutions have published guidelines to avoid or work around sexism in language.

Are You a Professional Translator?

Check out our massive list of professional translation tools here: The Massive List of 100+ Professional Tools for Translators

5. Choose the Right Dialect for Your Translations

There are several regional differences between Spanish dialects across the globe. And although they are not as great as to cause unintelligibility among people from different areas, you do need to choose one dialect for your translations.

Your choice of dialect(s) to translate into can affect the cost and the effectiveness of translated content. But a professional linguist will be able to advise you, so you make the right choices depending on the purpose behind your decision to translate your documents.

Drawing on the above differences between English and Spanish and considering there are many, many more, translating from English to Spanish requires trained professional translators. Translation involves not just working with words but working with language and meaning.

Therefore, you need professional linguists who understand both languages and the cultural nuances within each of them to be able translate to Spanish from English in order to provide you with a final product that resonates with your target audience. If you need to translate into Spanish, give us a call today.
Published Dec. 11, 2018. Updated November 10, 2020.

María Scheibengraf, currently based in London, is an English>Spanish Translator, Interpreter, Transcreator, Proofreader, and Copywriter with 8+ years of experience.

In this article we explained best practices for translation from English to Spanish; the tips were for how to get the most professional translation into Spanish.

However, sometimes you just want a quick and easy translation to simply get the idea of the meaning of text.

It’s a Google Sheets spreadsheet template designed to translate quickly and easily. But it gets better; it doesn’t just translate between two languages. It can translate dozens of languages! Just paste in the text, use the dropdowns to choose languages, and then read the translated text.

It’s simple, free, and yours!