Pros And Cons Of Doing Business In Canada: Before You Invest

Canada is an ideal location for investors and business owners who are looking to expand their business into the international market. The location of Canada makes it more accessible than other countries to establish business connections that are with the US. The accessibility for skilled employees, the availability of natural resources such as gas, oil, timber, as well as the easy access to the US market are just some reasons that encourage businessmen from abroad to choose Canada to relocate. If you are looking into the pros and cons of doing business in Canada, read on.

If you are thinking of expanding your business internationally, Canada offers an exciting new site due to its strong economic position and other benefits. Before you make the decision to expand your business to Canada, it is essential to understand the benefits and drawbacks of this choice. Let’s take a study of both so that you can make the right option for your business.

This article will discuss the pros and cons of conducting business in Canada. We will also go over the essential details you should be aware of prior to pursuing the idea of expanding internationally into Canada. 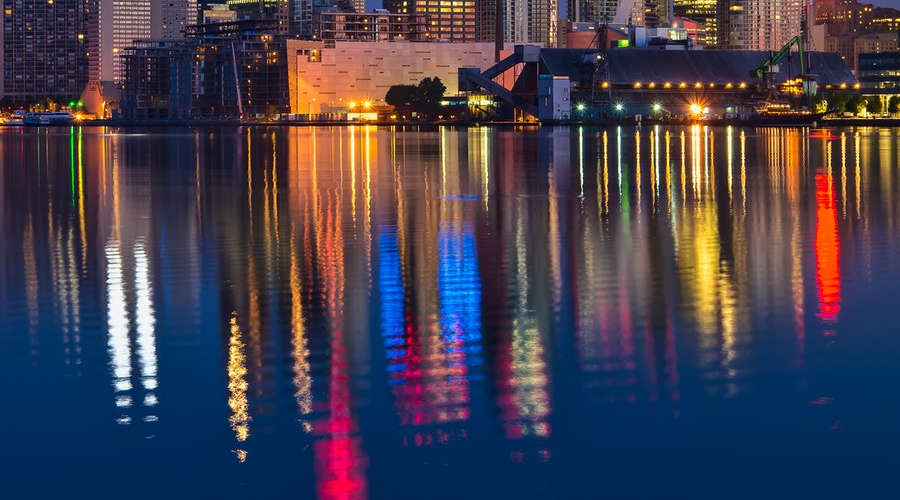 Pros Of Doing Business In Canada:

Canada is ranked the first spot in Forbes Best Countries in the Business list. If you compare it to a country similar to that, Canada has a moderately stable economy that will protect you from the risk of a shutdown for your business. One of the main reasons for this stability is the low tax rate, the freedom to trade, and a well-run bureaucracy. Canada can recover quickly from economic crises due to the swift intervention by the Bank of Canada and easy lending methods.

Connection With The US:

If you’ve decided to relocate your business to another country, it’s crucial to be aware of the local practices to ensure that you do it properly. If you don’t have the proper direction from an expert, this can be a challenge for you in countries with different ways of life. It is good to know that Canada is similar to the US! Canada is similar to the US in regard to social standards. However, there are exceptions, on the other hand, in Quebec, where French is a very popular language.

Numerous Canadian production industries operate close to the US. Montreal, Vancouver, and Windsor are all within a short distance. The industrial heartland in southwestern Ontario, along with Quebec, is closer to Boston, New York, and Chicago than some of the trendy Southern American production centers such as Atlanta. This is one of the main reasons for making Canada attractive to business and foreign investors. Canada is among the most livable nations on the planet. It has a healthy environment, modern city as well as beauty and high-quality of life. Canadians are strong, healthy, and ambitious that are proud of their beautiful country. Canadians want to live better lives for themselves as well as their children. They are adamant about honesty, patience, and the ability to help people who are miserable.

Canada is a place where people can prosper as well as where families have an excellent standard of living. It is also a place where industries are thriving and flourishing. The people have the ability to pick their ideal job. A large number of Canadians are freelancers, musicians, artists, and self-employed. Freedom is always given top importance everywhere in Canada. British Columbia, Ontario, Quebec, and many other provinces are wonderful areas to live in with peace and establish a small or self-employed business.

Need Bilingual Documents for Use in Quebec?

Get quality Canadian French translations of web content and business documents:
Get a Free Quote

Suppose you want to establish your business in Canada. In that case, it is necessary to learn basic communication ethics because Customer Relationship Management in Canada is strong. That’s why there is intense competition. Canadians always prefer to have straightforward communication and no misguides because they know the value of time and don’t want to waste their time on unnecessary things. So if your company can manage good CRM, then you are most likely to succeed.

Canada’s workforce is consistently ranked highly on the basis of how well educated it is. According to The World Economic Forum (WEF), previous studies indicate that it is the second most educated country and 10th-highest overall competitive country.

Conducting business from Canada thus gives you access to a vast pool of highly skilled workers. The majority of people between the ages of 25 and 34 have completed some type of higher education. Canada’s productivity is extremely high, with GDP per hour rates more than those in the U.S. and the UK.

Another benefit for workers conducting business in Canada is the absence of strict labor protections like those found in other nations. This makes hiring on-demand workers simpler.

7 Challenges of Hiring Staff in Mexico

Canada is a huge country, both in terms of power and size. It is ranked at the top of Group Seven (G7) countries that guarantee equal opportunities to people, natives, or migrants.

Canada is among the few countries that are making their immigration sector more diversified each day. Skilled Workers Programs allow skilled immigrants to work and live in Canada as well, as a Business visa allows immigrants to enter Canada to start the business of their choice. Canada is home to nearly all the world’s ethnic communities. Therefore, Canada is among the most multilingual and ethnically diverse societies, and more than 200 different languages are spoken there. Canada is regularly ranked as one of the top countries around the globe that make it easy to conduct business, particularly in the first steps of starting the business. The principal reason for this ranking is the very low tax rate for corporations which is just 15 percent of business profits, which is lower than countries such as those in the U.S and the UK,  21 and 19 percent respectively.

Additionally, there are many government grants, loans, and other funding options for businesses and an incredibly supportive environment for startups through initiatives like FedDev Ontario and the Industrial Research Assistance Program. Additionally, there is the Start-up Visa Program that is particularly beneficial to entrepreneurs from abroad looking to expand their business and establish a business in Canada.

The method Canada employs to serve its customers is not new. Canada continues to accept newcomers each year, creating a market that provides a lot of opportunities for people seeking a job or who want to pursue their own careers.

If you’re starting a business, you want to establish yourself in a different country. It is important to get acquainted with the cultural and social rules in the same way. It is essential to have an open and unified behavior with local consultants that can pose an issue if the nation has different cultural norms.

But, Canada is considered to be a country with straightforward and interactive behavior and cues, which are similar to that of the United States. The demographics of these two nations are very similar, and the language used in both countries is English, which is considered the largest widely used worldwide spoken language.

Canada is home to a number of leading educational institutions and universities with a stellar reputation around the world. A majority of the population in Canada is able to obtain higher education. This is the 2nd highest percentage globally. If you’re in search of talent to hire, Canada can provide you with expertise and high quality.

According to Forbes magazine, Canada is listed at 6th place, which described that it is among the world’s most secure and stable economies. There was an increase in the growth of the economy of Canada between 2005 and 2014. Since the country has been granted the ability to conduct trade, it has low-rate taxes as well as a highly accessible bureaucracy.

There is also an evident growth in the demand for services offered, mostly in the financial sector and in the area of renewable energy, but as well in the digital media industry. It is a good place for companies to begin their own business ventures.

Cons Of Doing Business In Canada:

The technology usage in Canada is extremely high as the nation is expanding and making use of the technological elements practically everywhere. With the aid of technological advancements, Canada was an important target for cybercrime in the period of 2015 to 2016.

As per the Federal Agency Canada, it has seen an increase of over 160% of cybercrimes within the country in 2015, primarily within Winnipeg as well as Manitoba. The government also formulated an annual plan for five years that contained the amount of $500 million to combat online crime in Canada.

The procedure for obtaining construction permits can take up to 250 days in total, 12 steps, which is extremely lengthy. Furthermore, the cost for permits for construction was increased at the end of December 2017 by the government to allow commercial uses, which raised the fees for building permits and for approval of the site plan.

In Canada, it is also a challenge to get electricity because it takes about 140 days and a total of seven steps to finish the process, and the electricity prices are quite high, especially in the capital city.

Trade across borders is not easy:

International trade is complicated due to the differences between provincial laws. Provincial regulations can include the requirement for labeling and packaging as well as complete information on the accounting of Canadian taxes on sales and the federal tax.

A majority of Canadians think that their government rules are too broad in the decisions that they make regarding their lives. In virtually every survey, people say that it would be easy if there were fewer regulations.

Although there is no doubt that the U.S. is indeed similar to Canada in several ways, businesses should be mindful of the major distinctions. Canadians and Americans shouldn’t be considered identical, and it’s an unprofessional act to assume that this was the case.

Quebec is a great example. It is a place with significant cultural differences. People tend to be formal and more reserved. Business cards should include at least English as well as French translations, in addition to the appropriate academic titles and diplomas. Another lengthy procedure could be seen in the enforcement of contracts in Canada. Although Canada has a strong and clear law system, it could be difficult to enforce contracts quickly. On average, it takes 910 days to resolve an unpaid contract in Canada, as per the World Bank’s Doing Business 2019 report.

If you are looking to grow your business, and move it to a higher level in a nation, then Canada is the best option. Canada’s warm climate, high growth potential, and stable economics can take your company to the next stage.