By GuestAugust 24, 2022International Business
No Comments

A large skills gap plagues the modern business world: the skills possessed by prospective employees versus those required to perform the job effectively. One of the best examples of this is in the manufacturing industry. Currently, there are a number of positions available in manufacturing, and employers are scrambling to fill them, but they are unable to locate qualified candidates with the proper skill set. By 2030, the National Association of Manufacturers anticipates 2.1 million unfilled manufacturing jobs in the United States due to a shortage of qualified manufacturing workers. Finding qualified workers is one of many challenges that companies face today.

There is good news, however, for manufacturing companies who may be concerned they will not be able to find the right type of workers to produce their products: manufacturing in Mexico is a viable option. Despite its large, skilled, and educated workforce, Mexico is largely underutilized as a source of manufacturing workers.

How can leveraging the labor pool in Mexico help address the manufacturing skills gap in the U.S.?

Need Translations for Your Business in Mexico?

It is becoming increasingly difficult to find skilled workers for manufacturing jobs in the United States. Compared to 20 years ago, the number of Americans employed in manufacturing has decreased by approximately 5 million.  In spite of a near record number of job openings in the manufacturing sector, 63% of the jobs lost during the pandemic have not been recovered by the end of 2020. The lack of workers was most acute during the time of COVID-19. While the condition has improved, many factors contribute to it remaining a serious problem.

What are the reasons that so many people are choosing not to pursue jobs in the manufacturing industry? There are actually several reasons for this: Manufacturing is continuing to require more and more highly specialized skills, meaning that in some cases your only option is to look abroad for those with the necessary know-how.

What Happens When There Is a Shortage of Skilled Workers?

As a result of a shortage of skilled manufacturing workers, manufacturing businesses have been unable to grow and the economy has not recovered fully from the 2020 pandemic. The National Association of Manufacturers states: “Manufacturers surveyed reported that finding the right talent is now 36% harder than it was in 2018, even though the unemployment rate has nearly doubled the supply of available workers.”

As a result of the shortage of workers in the labor pool, companies are also experiencing other related issues. A number of factors undermine manufacturers’ ability to compete, including hiring ill-suited candidates, forgone production opportunities, reduced business investment, and fewer product development opportunities. 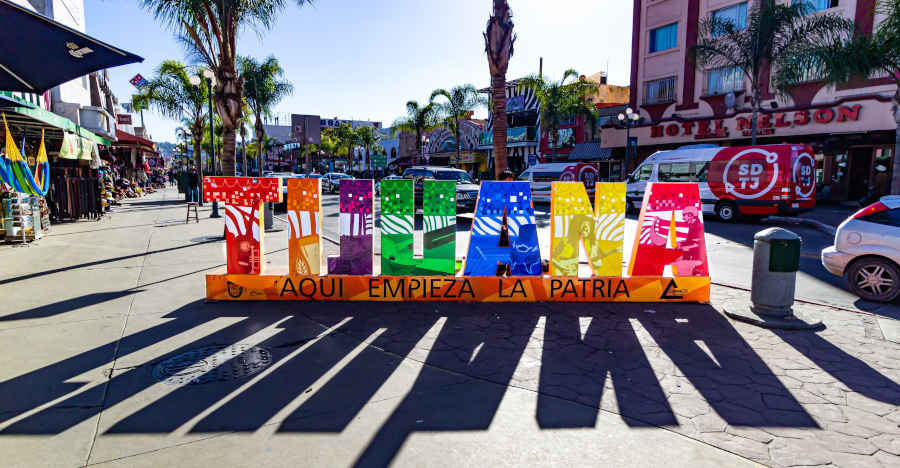 Some regions have rich manufacturing ecosystems; thousands of people with specialized skills live nearby, and plants can reach out to a network specialized suppliers, which can all be found within a short drive. For example, Tijuana is a vibrant business hub home to many international manufacturers.

Due to fierce competition for skilled workers and the possibility that they might demand a high price for their services, companies might take shortcuts elsewhere in their operations in order to save money and increase profits. According to Alibaba:

“However, cutting costs during production is often easier said than done. You want to ensure you’re not compromising the quality of your products on your cost-cutting mission, while finding ways to sustainably reduce your production costs. How do you navigate the complexities of this situation?”

Last but not least, employees with insufficient skills can affect the quality of their work. As a result, manufacturing companies will incur higher costs when redoing faulty work or having to compensate third parties as a result of negligence on the part of employees that are not properly trained or skilled.

As stated by DB&T:

7 Challenges of Hiring Staff in Mexico

As a key component of economic growth and development, international labor has historically been a valuable resource for employers in need of labor. Workers in other companies, such as Mexico, can be used by manufacturers to supplement their existing workforce and fill the skills gap, both for high-level professionals and skilled workers.  In addition, the USMCA treaty makes it even easier for US companies to access this source of skilled labor in Mexico. The USMCA treaty offers incredible opportunities to US companies to take advantage of cross border commerce.

“Mexico enjoys a low unemployment rate, a highly educated workforce with multiple generations of manufacturing experience, and an economically active demographic with a median age of 30 years. Today, Mexico is second only behind Canada among countries with the largest percentage of employment per capita in creative industries. Mexico also graduates more engineers per capita on an annual basis than the United States. In the manufacturing sector, the average wage is about $2 an hour in Mexico, vs. about $20 per hour in the U.S. This pool of skilled workers in Mexico is a benefit for foreign companies looking to reduce labor costs but keep a high level of quality standards for their products.”

There is no doubt that the manufacturing jobs of today are radically different from those of 20 years ago. Nowadays, they are more and more high-tech. There is a great need for workers who are capable of designing and manufacturing products using computer-controlled machinery and simultaneously finding ways to increase efficiency.

Indeed reports that these sought-after skills are most commonly found in the automotive, aerospace, and defense sectors, which are heavily reliant on electronics and require a detailed understanding of the final product. Furthermore, they are often associated with very complex assembly procedures. Manufacturing workers in Mexico possess these skills in abundance, particularly in the automotive industry. In 2020, Mexico’s automotive industry accounted for 41.6% of total manufactured exports ($139.8 billion), the highest share among all industrial sectors. With the variety of industries related to automobiles, the Mexican Automotive Industry Association estimates that Mexico will become the fifth-largest worldwide vehicle producer of all types, not just passenger vehicles, by 2025. Manufacturing of automotive wiring harnesses, distributors, and ignition systems is the primary activity of the automotive electronics manufacturing industry in Mexico.

If you do not want to send your manufacturing to Mexico, there is still a way to utilize the labor pool in Mexico in the U.S., even if you do not want to send your production abroad. Using a “TN Visa” you may bring skilled workers from Mexico to the U.S. to fill in your shortage of skilled workers.  As part of the North American Free Trade Agreement (NAFTA), the TN visa was established to allow certain Canadians and Mexicans to work temporarily in the United States. Former President Donald Trump implemented the United States-Mexico-Canada Agreement (USMCA), while keeping the provisions of NAFTA regarding work visas intact.

The TN visa is available to professionals in manufacturing fields, such as industrial engineers, industrial designers, and other consulting roles, provided they meet the appropriate criteria for entry into the United States.

Skills and stability of the workforce are provided by IMMEX

IMMEX stands for “Manufacturing, Maquila, and Export Services Industry Program”. IMMEX is more commonly referred to as a “Maquiladora”. Furthermore, IMMEX provides access to skilled and affordable labor for U.S. manufacturers.  As a result of its high level of education and production skills, Mexico’s labor force is comparable to the United States in terms of expertise.

According to the Washington Post, each year, more than 13,000 engineers graduate from Mexico’s universities, which is more than Canada, Germany, and Brazil, which is almost twice as large as Mexico. A recent Forbes article suggested that Mexico’s labor force may be one of the best talent pools in the world:

“Shorter term, I believe that more companies can alleviate their talent gaps by thinking outside of borders and identifying great talent globally. From my perspective, it’s challenging to identify a better fit for U.S. time zones, cultural compatibility and relevant work experience than Mexico.”

It is a priority for Mexican factory workers to retain their employees and maintain good labor relations. In Mexico, the average turnover rate for employment is approximately 15%. Establishing a balanced relationship with Maquiladora requires not only competitive wages, but also business acumen, cultural awareness, and the ability to respond to social issues. Because of their business acumen, awareness of Mexican culture, and accountability to social issues, Mexico Maquiladoras are able to staff and retain employees in a significantly higher manner than other shelter companies in our region.

Unlike in the United States, industrial jobs such as manufacturing are not seen as dead-end in Mexico: Mexican workers actively seek them out.

With the success of the aerospace and automotive industries in Mexico, the availability of jobs is abundant and essential to the region’s economic growth. A large number of aerospace maquilas, which employed approximately 57,000 directly in 2020, as well as the much larger auto parts and assembly industry, which employed nearly 960,000 workers, during the 2020 pandemic, these industries were designated as “essential industries”.

Unlike in the United States, the number of workers engaged in industrial work has not decreased since the pandemic – according to Trading Economics, 26% of the Mexican workforce is employed by industrial firms.

Compared to a low of 58% at the beginning of the year, the overall employment rate in Mexico has actually increased this year to 59.60%, illustrating that Mexican workers are looking actively for work that American workers do not appear to be interested in.

Let our professional translators translate your text from English-to-Spanish or Spanish-to-English.
Get a Free Translation Quote

Conclusion: The Solution May Lie in Mexico

Despite the skills gap in the US for manufacturing jobs, manufacturers who are concerned they will be unable to find the right type of workers to produce their products can still find manufacturing in Mexico to be an attractive option. As a source of manufacturing workers, Mexico is largely underutilized despite its large, skilled, and educated workforce.

About the Author: Michael Dillon is the Vice President of Marketing & Business Development for NovaLink, a nearshore manufacturing company.