The Untapped Market: Hispanics of the United States These Hispanics have come to America from all over the world. But, the largest ethnic groups are Mexican, Puerto Rican, Cuban, and Dominican.
The ratios vary across the United States due to pockets of immigrants from particular countries. For example, Mexicans can be found across the Southwest in California, Arizona, New Mexico, and Texas. Puerto Ricans have settled in the coastal region across the Northeastern states of New York, New Jersey, Massachusetts, and Connecticut as well as the Orlando area in Florida. Cubans tend to live in southern Florida, especially around Miami. These groups of immigrants share a similarity in that they speak Spanish. However, it would be a mistake for anyone, whether a marketer or a neighbor, to assume that they are all the same.

Not a melting pot

These immigrant groups are keeping a strong cultural identity. Clearly, the old notion that Hispanic immigrants would eventually blend in and become culturally indistinguishable from mainstream American culture is mistaken. Hispanics in the United States have retained their culture. Perhaps this persistence of culture has to do with the sheer numbers of Hispanics in the nation. Not only are they big minorities in some areas, but they actually form a majority in many political districts along the southern half of the United States.
The Spanish language has persisted along with the culture. Per a Nielsen report, 90% of Hispanic parents say that they do not want their children to learn only English. They want them to be proficient in Spanish as well.
Of Hispanic adults who communicated primarily in English as children, almost 40% said that they also learned enough Spanish to be considered bilingual. Further, these same people expressed a desire to consume Spanish language media.
Of Hispanic adults, 31% say they want to be more Latino culturally speaking. 75% enjoy telling others about Hispanic culture, and 51% speak to their best friends in Spanish.

This growing population of culturally engaged Hispanics has become a huge economic force in the United States.
Phil Polk at the advertising agency, PM Publicidad, said, “Hispanics have accounted for over 56% of U.S. population increases since 2005, this audience is no longer a fringe player in the American economy, but will bring its $1 trillion in spending power to the forefront in 2015.”
That $1 trillion buying power means that if Hispanic Americans were their own country, it would be one of the top 20 economies of the world, according to Nielsen. Further, its population would have a higher average income per person than any of the BRIC countries. These people have money, and they intend to use it. Even though Hispanics in America go on fewer shopping trips, they spend more money on each trip than do mainstream Americans.
IBISWorld, a business intelligence company, says that seven economic categories are likely to be benefited by the Hispanic market. Those categories are residential, retail, transportation, entertainment, food, education, and financial services.

The question of how to reach this burgeoning market is burning on the lips of marketers everywhere. Yet traditional advertising agencies have struggled to answer it.
Ramon Nieves Lugo, CMO of UniComm Media Group, a Hispanic ad agency in Greenville, South Carolina, said that companies encounter a host of challenges when reaching out to American Hispanics. For example, they may have little to no Spanish materials, like user guides or websites. Further, they may lack bilingual representatives. Or perhaps they simply do not understand Hispanic culture.
Hispanics’ buying habits differ from other Americans’ habits in countless ways that typical marketers may not be familiar with. Lugo said, “Hispanic consumers have several unique buying habits and it all depends on the industry. For example, if a bank wants to reach Hispanics, promoting credit and debt solutions is not the way to reach Hispanics. Hispanics believe in saving and checking solutions. Those are more attractive solutions for the Hispanic market.”
Hispanics’ media consumption and technology use also differ from mainstream America. Google says, “U.S. Hispanics are ahead of the curve when it comes to digital. They lead in adoption of new devices. They are power users of mobile and over-index in video consumption. But despite the facts, these consumers are vastly underserved, and the opportunities to reach them through digital remain largely untapped.”

The statistics show that to reach Hispanics in the United States, neither digital media nor mobile can be neglected.

How to reach Hispanics

Language is also an important factor in reaching American Hispanics. Some may believe that because most Hispanics can understand English, marketers don’t need to advertise in Spanish. However, this assumption is a mistake.

Per Nielsen, Hispanics can remember English commercials as well as other Americans. But if the same commercial is broadcasted in Spanish, it makes a deeper impression. The ability to recall a Spanish commercial improves by 30% over an English commercial. In addition, Hispanics reported liking commercials in Spanish 51% more than they did those in English.
However, producing ads in English and Spanish is not a silver bullet. If Hispanics follow up on a Spanish-language advertisement only to find an English-only website interface, it may turn them off or even make them feel unwanted.
Marketers must take a holistic approach to reaching the Hispanic market in order be effective. Lugo said, “The successful Hispanic marketing campaign integrates three areas: communication, culture, and community. A Hispanic marketing campaign considers the way the target Hispanic audience communicates, it considers the cultural cues within the target Hispanic audiences, and it understands how the community interacts with the general community.” 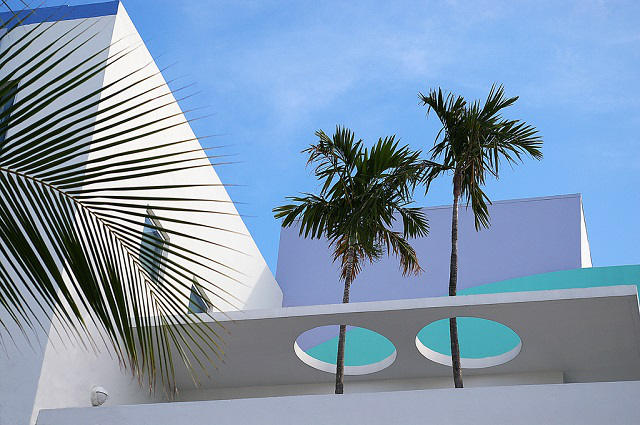 American Hispanics have been enlivening the culture of the United States for decades. Now they are more affluent, tech savvy, and influential than ever before. Having a Hispanic marketing strategy is no longer an option.