Afrikaans in South Africa—What Is Its History and Significance Today?

By Althea ChokweJuly 26, 2021Language and Culture
No Comments

South Africa is a diverse nation, in terms of ethnicity and language. Its history has been marred by apartheid, yet there are also wonderful aspects of the country. The national government recognizes eleven languages, with Afrikaans being the third most-spoken.

Afrikaans is a child of the Dutch language. Birthed from the initial contact between the first Dutch settlers and African natives on the southwest coast of modern Cape Town, Afrikaans was originally known as “Cape Dutch.” This creole is now considered contentious and divisive, mostly due to the history of colonialism at the hands of the Dutch settlers later known as Afrikaaners.

Is it easy or hard to learn the Afrikaans language?

It is extremely easy, language learners say, for various reasons. There is only one gender for nouns, just as English has, while languages like Spanish and French have feminine and masculine nouns. There are no verb conjugations depending on the subject. This is not like English, where, for example, the verb to be changes with the subject. 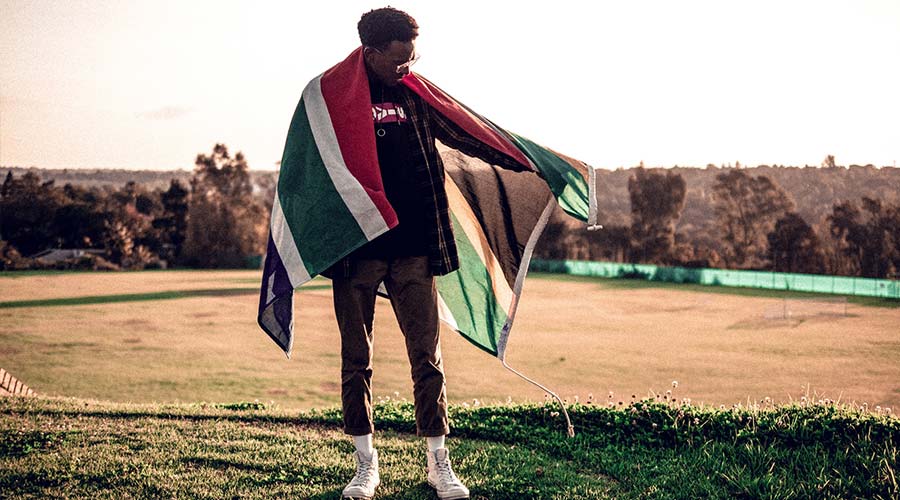 A man stands by a field draped with the South African flag.

Take a look: I am versus you are, or I do versus he does. In Afrikaans, the conjugation for the same verb goes: ek is (I am), jy/u is (you are), hy/sy/dit is (he/she/it is), ons is (we are), julle is (you are), and hulle is (they are). Additionally, there are only three verb tenses: past, present, and future. Nouns only differ in their singular and plural forms, and this usually just involves adding an -e or -s to the end of the singular form.

For English and Dutch speakers, Afrikaans already contains familiar words. 90% to 95% of Afrikaans is derived from Dutch, yet its lexical characteristics are more in line with its Bantu roots. See here how some Afrikaans words are similar to English:

For any English speaker, Afrikaans is extremely easy, due to their shared Germanic roots. For a non-Germanic language speaker, the challenge lies in learning the grammar, but even that is simple to comprehend. 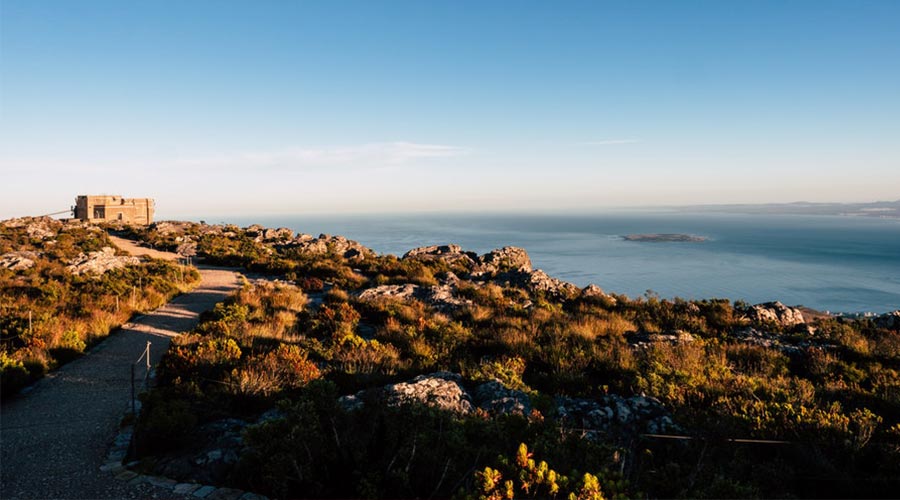 Many Afrikaans learners report that it is an extremely easy language to learn.

Looking for a Language Learning Challenge?

Read our article to find out whether Chinese is as hard as they say: Is Chinese Really the Hardest Language in the World to Learn?
And check out this article to start learning Chinese vocab: 50 Essential Chinese Words You Need to Know Before Going to China

Other Languages’ Influence On Afrikaans

Surprisingly, Malay has had a hand in the evolution of Afrikaans’ vocabulary. Malay is spoken in Indonesia, Malaysia, Brunei, East Timor, Singapore, and some sections of Thailand. Malay arrived in South Africa with the importation of South Asian slaves for their skilled labor. Thus, some Malay words made their way into the Afrikaans dictionary, although to a limited extent. In addition, the language was associated with Islam, the predominant religion among Asians there.

Here is a fun fact: early Afrikaans writings were produced in Arabic script. Cape Malay Dutch was written in Arabic letters, understandably so considering Islam’s growing popularity within the region. Afrikaans has been influenced by a number of languages around the world.

Portuguese was another factor in shaping modern Afrikaans. Time for a mini-history lesson: Portuguese explorers actually were the ones who first laid eyes on Cape Town at the end of the 13th century. The Dutch and the Portuguese would fight over control of South Africa, and efforts to discourage Portuguese from being spoken were unsuccessful. Up to today, Portuguese immigrants to South Africa learn Afrikaans without too much difficulty, thanks to some shared vocabulary.

Read our article on Swahili: The Alluring History Behind Swahili (And Why You Should Learn It)

As a national language, Afrikaans should be considered as a major business asset when working with South African entities. This is not exactly the case, however. Activists assert that Afrikaans is a symbol of the apartheid government, as blacks have been historically unfamiliar with it. In an academic setting, this disparity means white students having an unfair advantage. They consequently surpassed the indigenous in major socioeconomic metrics such as household wages and health indicators.

BBC reported in 2019 that the University of Pretoria dropped Afrikaans as a language of instruction, citing black students’ concerns with their own further marginalization as non-native speakers. This is where the situation gets more complicated. When a language is used as a tool of ethnic subjugation, it becomes a symbol of a culture of discrimination and the wider social context. 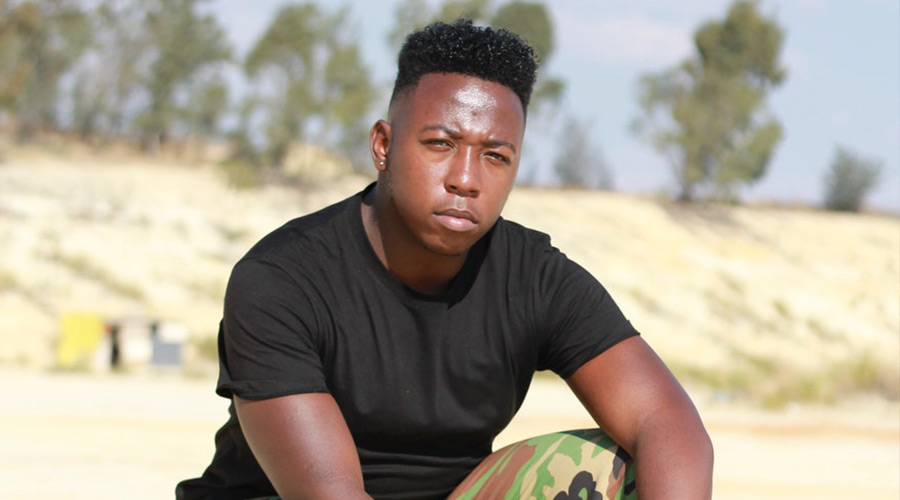 To some Afrikaans is associated with imperialism. But to others, Afrikaans, regardless of its history, is a way to connect to the people of South Africa and to conduct business.

The University of Pretoria explains on its website that the language of the Afrikaaners was used by white Afrikaaner nationalists as a tool to set themselves apart and consequently institute their preferred ideas on class, the economy, and more. While about 60% of all seven million Afrikaans speakers are said to be non-white, the history of the language being forced upon black students in order to fail them incites rows and protests over banning it from the classroom.

Arguments in favor of Afrikaans relate to non-native speakers and how they have used this creole dialect to enlighten others on their own experiences. Rather than recognize this fact, however, many only associate Afrikaans with apartheid. This is mostly because indigenous languages were pushed aside and ignored by the Afrikaaner establishment. Hein Willemse’s 2015 paper, “The Hidden Histories of Afrikaans,” puts forth a solution to continue the advancement of Afrikaans, as long as the language accurately reflects the diversity of South Africa’s population. It may not be enough to redeem Afrikaans in the public eye, but the language can be saved from extinction.

Understand the History & Context of Afrikaans in South Africa

Regardless of which side of the aisle you are on, there is no denying that Afrikaans is deeply embedded into South African tradition and identity. Dutch and Afrikaans are viewed as distant cousins, but Bantu languages contributed significantly, alongside those from outside the African continent.

The San people, who are also called the Khoi, were forced to learn Dutch by the early colonizers that came in the late 17th century. Afrikaans developed subsequently but remained spoken only amongst those of the lower social classes. Fluent Dutch was thought of as the posher aspiration, a direct result of the colonists’ efforts to remain atop the social ladder. Afrikaans was originally meant for the marginalized, but the whites’ increasing use of it led to Afrikaans becoming an official language in South Africa in 1925. 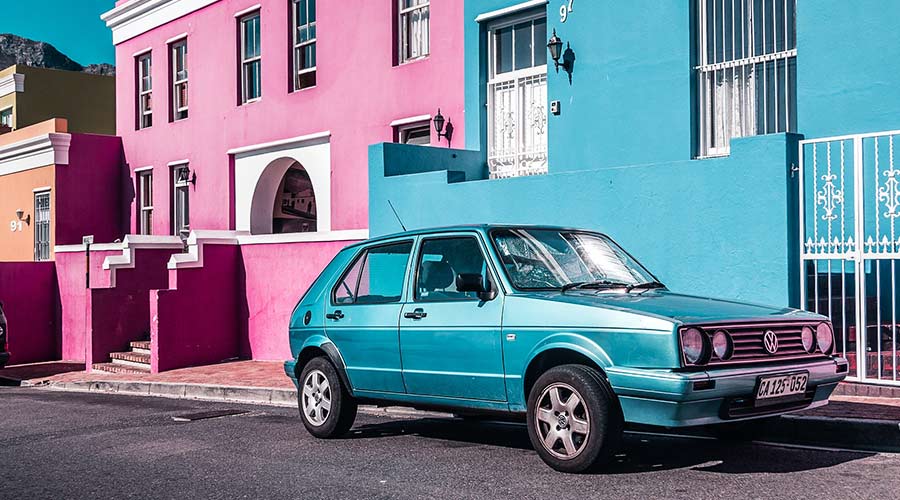 A car parked along a street in South Africa.

The fight to teach Afrikaans in South African schools came about due to the Boer War between 1899 and 1902. The British had been grasping for control of South Africa, pushing the Boers, ancestors of todays’ Afrikaaners, out of their claimed territory. British rule meant that English would be the lingua franca and apartheid was threatened. No wonder then that English is today seen as a more inclusive language for South African institutions. It is clear that languages in South Africa are subject to the perception of their speakers and how they were used to achieve certain interests. Because English is more palatable to social activists, it is proving to be the biggest threat to Afrikaans’ survival.

Is Afrikaans destined to grow extinct? Numbers say no, and numbers don’t lie. Afrikaans is the third most-spoken language in its home country and proponents of its use argue that Afrikaans represents more than just a segregated society.

Resources To Help You Learn Afrikaans

Duolingo comes to everyone’s mind as the first app that can introduce them to a language. Unfortunately, Duolingo does not have an Afrikaans program at the moment. There are, however, many websites that offer an Afrikaans course. Here are two: 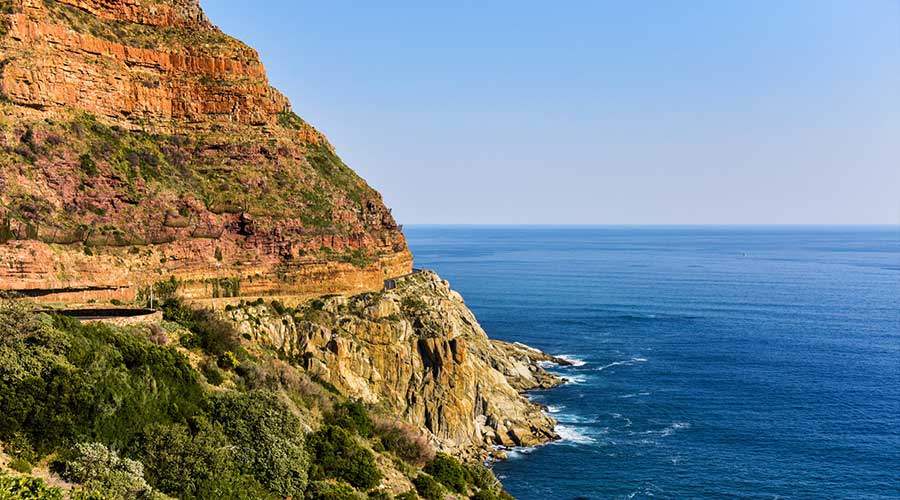 Learning to speak Afrikaans in South Africa is a great way to connect to the people there and understand the culture.

YouTube videos are invaluable, as well. Here is a great video that teaches you how to pronounce sounds in Afrikaans. There are also others that help you get accustomed to grammar and vocabulary:

Afrikaans resources are not as accessible as other more common languages like French and German. Even so, you can definitely achieve a lot of progress if you dedicate sufficient time and energy. Thinking Of Moving To South Africa?

As you know now, mastering Afrikaans will be a piece of cake. If you feel that an opportunity for greater immersion is the logical next step, booking a flight in South Africa would be in your best interest. The country has a lot to offer, from metropolitan centers to lush beaches.

Durban is a major urban hotspot. It sits on the Indian Ocean and boasts a population of close to 600,000. The city offers many sights, such as botanical gardens, museums, markets, skyscrapers, and beaches. South Africa’s booming sugar export industry has its headquarters stationed here, in conjunction with many other manufacturing firms. There is always a plethora of tourists, making sure your stay is truly an international one. South Africa is a beautiful land with breathtaking scenery and a rich and diverse culture.

Cape Town, the birthplace of Afrikaans in South Africa, is now enjoying art galleries, restaurants with rave reviews, and French-influenced architecture. A cool tourist sight is the kilometer-tall Table Mountain, which was once completely submerged in the ocean 300 million years ago. There are also botanical gardens and beaches. The Victoria & Alfred Waterfront offers an array of restaurants, concert halls, museums, and more. With a population of almost half a million residents, Cape Town is truly in its golden era at the moment. A view of Table Mountain at Cape Town, South Africa.

You may be tempted into thinking that all South Africans hold fluent proficiency in English. This is not the case. Less than 10% of South Africans learned English as their mother tongue, but it still is widely spoken among most of the populace. Of course, you can survive with only English, but knowing Afrikaans, and other national languages, gives you the opportunity to have a more authentic experience.

Afrikaans is both simple and fun to learn. You could be cruising along the Durban coastline, effortlessly conversing with natives and feeling more than welcome in their country. Uncomplicated grammar and Germanic roots make Afrikaans vocabulary easy to grasp for native English speakers. And, despite all the controversy, Afrikaans is still growing in its total number of speakers.

No language on Earth has as much diversity, history, and debate surrounding it as Afrikaans in South Africa. Having it under your belt is not just great for business, but it gives you insight into a region that has captured the world’s attention for decades.

About the author: Althea Chokwe is a Masters student focusing on International Relations at Nottingham Trent University. She writes on a regular basis, interested in issues relating to society, global culture, the economy, and more. Althea also enjoys teaching herself languages and is aiming to become a polyglot. Connect with her on LinkedIn here.